Staff member
How did the games against Uni-Norths in Canberra go?

Hugh Jarse said:
How did the games against Uni-Norths in Canberra go?
Click to expand...

Hugh Jarse said:
How did the games against Uni-Norths in Canberra go?

I didn't make the trip to Canberra. Was toiling away with the working bee.

It was good to fire up the Two BLues BBQ again.

Happy with the results listed above by 2bluesfan
B

2016 Season Memberships are now open!
Renew or become a member in 2016 and receive great discounts on entry to matches and be present when you hear our song ring out:
For more information, watch the video, and go to http://twobluesrugby.com.au/ for more information

All ready for round 1 Saturday.

Will be there nice and early for a great day of
rugby.
B

Well we're off and running. The weather gods looked after us all yesterday, was a sensational day, sunny, cool breeze, hopefully autumn is now upon us. This ludicrous draw has us playing the first 4 rounds at home, a 'punishment' for not having a cricket pitch in the middle of the field with a run from round 11 to 15 all away including Randwick, Manly, Warringah and Eastwood.

Randwick set the bar high early at Merrylands RSL Club Rugby Park also, in Two Blues Burger sales. Can the 3 people from MMM who'll turn up on Friday do the same? And yes, we'll be doing fish burgers.

I am extremely happy to be able read match reports for the Grade matches on the weekend. Tulls and Thommo are good writers, and Brett K (and sometimes Rachel C) are doing a great job with the photos! I know it's a tough job, but this overseas supporter appreciates it! Thanks to all at Parra who make this happen.
2016 The Year of the West. We can do this.

2bluesfan said:
I am extremely happy to be able read match reports for the Grade matches on the weekend. Tulls and Thommo are good writers, and Brett K (and sometimes Rachel C) are doing a great job with the photos! I know it's a tough job, but this overseas supporter appreciates it! Thanks to all at Parra who make this happen.
2016 The Year of the West. We can do this.
Click to expand...

I too have missed the match reports.

Whenever I can't make a game. The combo of match report and photos on the website,make me feel like I haven't missed out completely.

Though whenever I don't make a game, and read thommos match report. Mrs Wazza cannot understand why I am yelling at my laptop..... It's obvious , After reading Thommos report , I realise that we did no wrong and the ref was obviously against us. ( win or lose )

Well done to 2nds , 3rds 4ths and 5ths for their strong wins yesterday.
B

For the first time in a loooooooooonnnnnnnnnngggggggggg time I felt the volunteer staff and I had a relatively stress free day. Too hot for football no doubt, would much have preferred to be sunning myself on Elizabeth Beach, Forster with the bride but nonetheless all seemed to go ok. Wonder why it felt different?

Perhaps it was the assistance of the lower grade players who rolled their sleeves up and helped out in the canteen when it was needed the most. Thanks to Pimple and Jono.

As for the footy, 1st Grade didn't go according to plan, but we still showed some strong moments. As the team learns to gel with other we'll get stronger and stronger each week. There's plenty to work with and importantly plenty to work on. Knowing our Coaches like I do, I think they wouldn't have it any other way. They are about teaching the players the art of game management. We knew we had a lot of work to do, and we have made some great progress, but we also knew there'd be some hiccups along the way. Well done to Wests for seizing the day and best of luck for the rest of the season.

As for lower grades, it was a great day. You know when it's great when a chirpy coach has penned his match report with some poetic creativity. I loved it.

Here it is for everyone else's enjoyment.


Muncher​
​
‘Are they gunna win today’, he said?​
I said, ‘well I dunno’​
The boys trained well all through the week​
But they’ve still all got to show​
​
I was standing at the gate way to​
The Rugby field at home​
With this thin, scant haired gentleman​
Who keeps asking for a poem​
​
‘We’ve got three teams to play today​
‘In the lower grades’, said I​
‘Surely we’ll snag one’ he said​
‘Hope so’ was my reply.​
​
I looked around the park once or twice​
The players all filed in​
The captains got them all prepared​
For the intended historic win.​
​
Fifths played the first game of the day​
Against a local team​
We scored real quick, then went to sleep​
It’s enough to make you scream​
​
Finally the penny dropped​
That it’s more fun with the ball​
Score and score again we did​
We kept possession – that’s all​
​
Fours decided to be fair again​
And let the others in​
Despite being the team on top​
It looked like we’d not win​
​
A few well chosen words were said​
Not fit to be in ink​
From our captain coach, Lui​
The players finally made to think​
​
It’s really not all that hard​
To hold onto the pill​
To play a game well organised​
And not look like a dill​
​
The whistle finally blew full time​
Parra’s five points in the lead​
We’d done our best to lose it​
Lui’s words they at last did heed​
​
‘Two from three the gent’ exclaimed​
‘That result was good to hear’​
‘Yep’ said I with some relief​
As the second game caused much fear​
​
Thirds ran onto the home ground turf​
Expectations they were high​
The first half was explosive​
As we ran in many a try.​
​
The opposition had no answer​
To the onslaught that we heaped​
Until the second half came ‘round​
And we went to bloody sleep​
​
We need to learn that games are won​
And lost in final plays​
We need to keep the pedal down​
To ensure our winning ways​
​
There was no scare in this event​
Too far in front were we​
But in a closer contest​
Unhappy we might be​
​
‘How good d’ya feel’ the gent inquired​
Not talking ‘bout my health​
‘Three from three’ he said with glee​
The smile all ‘bout his mouth​
​
Christini’s, the one I’d like to tell,​
That in third grade did arrive​
Finally a thing called structure​
And that I’m still alive​

Is that the poetic genius Mark Tully? Brilliant!

A thanks to BellyTwoBlues for last weekend.

I was down the coast with no internet or TV access.

To keep me informed ,BellyTwoBlues txt me a try by try update.

The work of a GM is never done. Thanks again Belly. 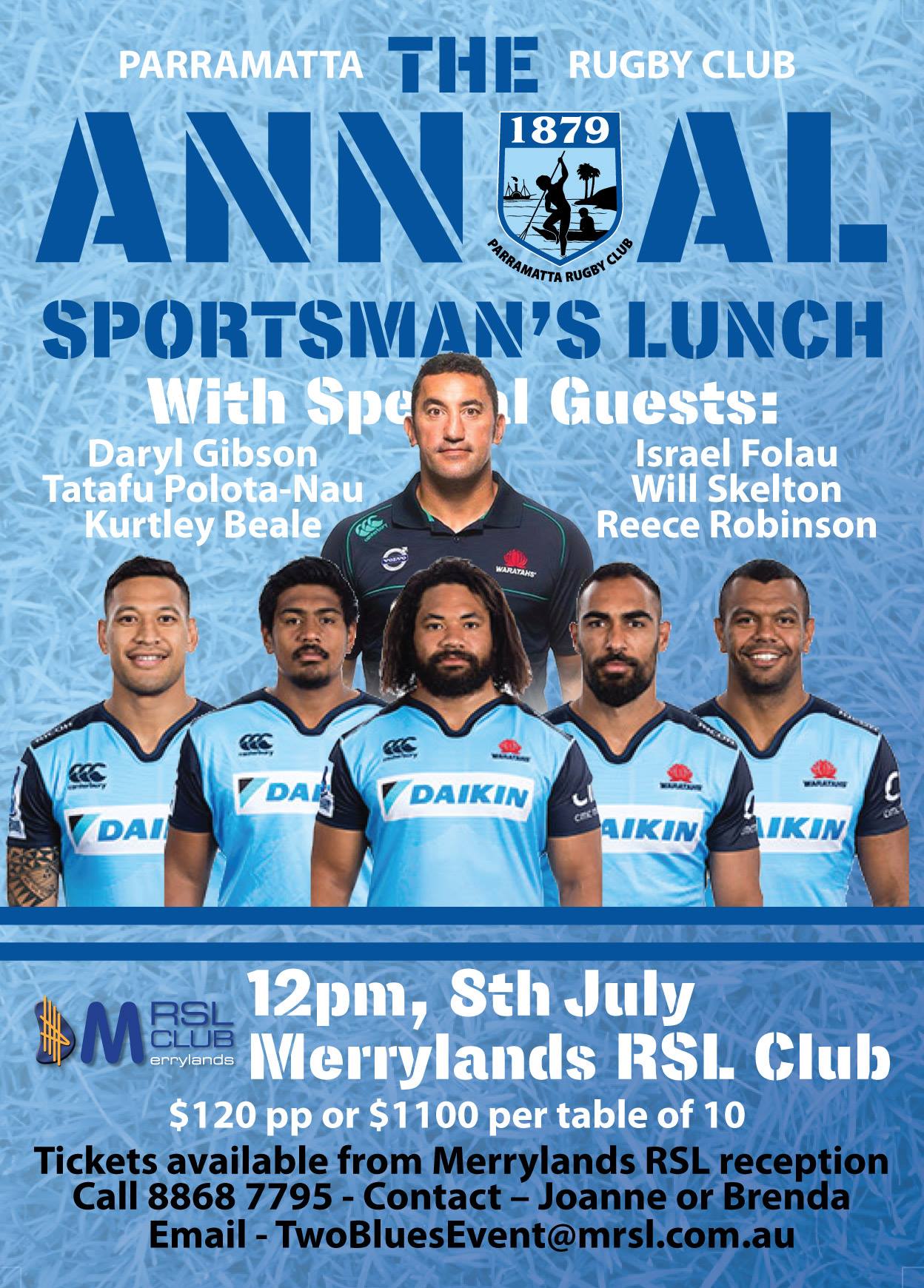 I saw an obituary in the SMH today for the passing of Graham Galloway, a former Parramatta fullback. He was safe and solid, and a very good goal kicker.


I gather that he attended Kings. Those were the days, when Kings old boys played for a western Sydney club! 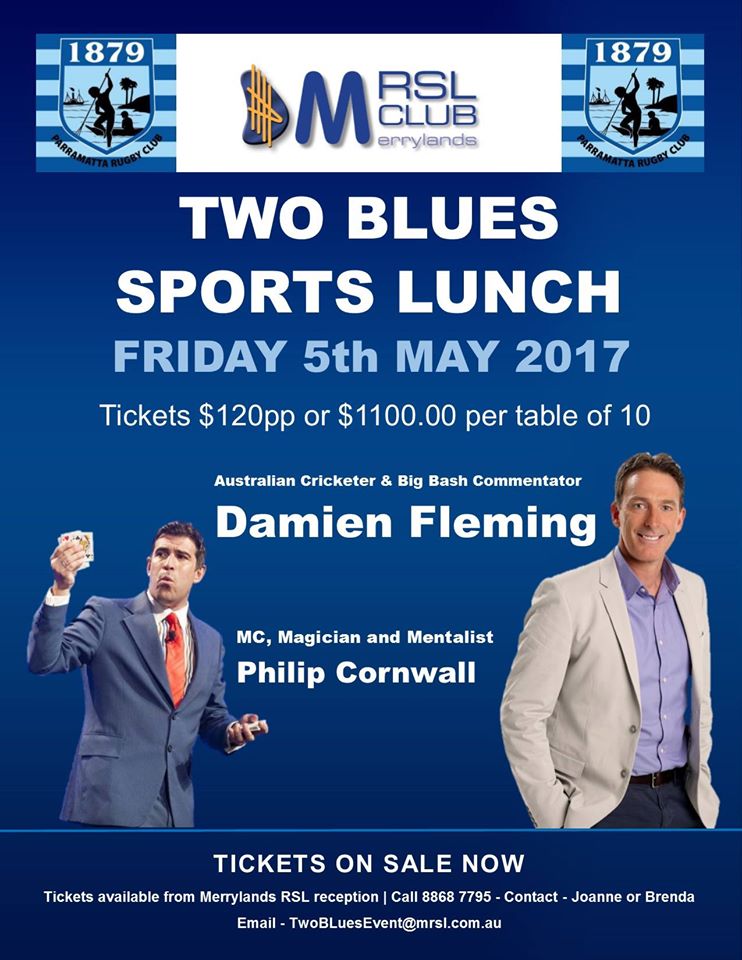