Oakhill are a decent team, beat Knox last year at Knox. I’d say they are stronger than Pats and they field a solid amount of teams throughout the age groups.

It would be interesting to work out what happened to Knox during half time. They came out listless and aimless. Perhaps it was a lack of fitness or the substitutions. One thing is that Knox are past masters of bewildering substitutions. As if all the subs need a go in the game. The team would be settled and moving a head nicely and then players are pulled and the team meanders into mediocrity. However some credit should be given to St Pats for the scoreless second half. They were willing and never gave up.

I agree that the Knox number 6 had a good game. He wasn't the biggest out there, but he made some good yards and often broke through tackles.

I think Knox will need to work on their fitness and also learn to keep up their intensity for the full game. Knox traditionally plays a forward game, but I think with this team a bit more speed in the ball getting out to the backs could work.

It was a great day to watch football. The ground looked good and it was pleasant to be out in sun and no rain.

"One thing is that Knox are past masters of bewildering substitutions. As if all the subs need a go in the game."

On one view, of course, that is what trials are for.

Cranbrook playing St Gregory's this Saturday. What else is on?

Snort said:
Cranbrook playing St Gregory's this Saturday. What else is on?
Click to expand...

Those first 5 games could go either way. I have no idea what St Augustines are like this year but Shore beat Waverley a couple of weeks ago so should be stronger than usual

is Trinity actually playing St Pats again? They played them already, just before the holiday.

Apparently so. Here is the link with the inter association daw

Props are People too

Anyone have any word about Greg's vs Cranbrook? Was played Tonight down at Easts.
Z

Kings 15-0 over Waverley.
Knox in control and only a late try on the bell brought it close, Knox bombed 2 as well. Jarah and number 8 immense for Knox and scrum very strong. Riverview a couple of very good players but short in depth. Knox in 2nds 29-5 I think.
H 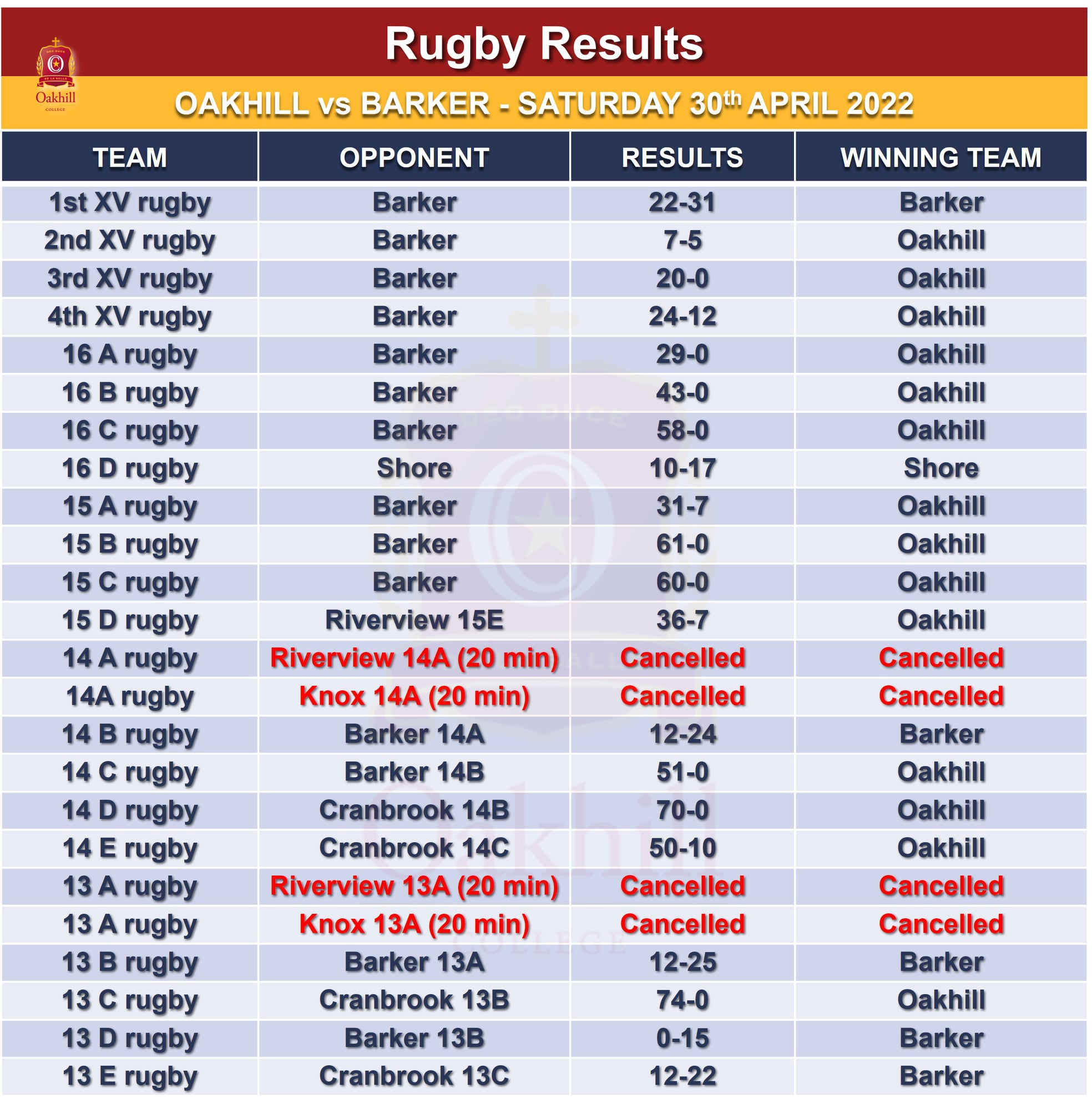 Trinity went down to St Patricks 14-17, reversing their previous result.

St Aloysius travelled to St Stanislaus in Bathurst on Saturday. Great to see the whole of Aloys rugby out there, Stannies having come to Willoughby last year. Like last year, Stannies were too strong across the board in most of the age groups.

First XV score was 36-14 to Stannies, probably fairly representative of Stannies' control of the game. The SSC #2 and #6 were excellent, and the #10 and #12 controlled the pace very well. The dominant SSC #8 had a running battle with the Aloys #1 (who is in Yr 10) which was very physical and entertaining. SAC #1 and #8 were very good, as were both wingers (who were very often tested in defence) and the #13. Aloys had seven Yr 11 boys and the Yr 10 front rower, so lots of debutants and blooding. But this is just further evidence that although they're willing and have the admirable never-say-die about them, its going to be a pretty tough year for Aloys, especially at the first hint of depth being tested.

Saint Pats and St Pius (again), both away, awaits in the next two weeks.

So, for anyone who's interested, here's what I did during lockdown. It's my best attempt at compiling full CAS competition records since 1930. It's imperfect: records of scorers, for example, have not always been kept, and nor have basic match scores of all games. But it's better than nothing. Records relate only to official Plume Shield competition games and to the old "unofficial" competition, which was the last five games of each season. If you spot errors or omissions, let me know!