....and from the sideline, the coach of the Joeys 1st XV, Br Oswald was heard to call out to the Joeys captain, Mark Burgess to "tackle the black kid" to which he replied...

Future Wallabies coach Bob Dwyer was at the game, “While Joey’s played strong, quick rugby full of initiative and aggression the little Matraville guys would just tackle and tackle until their opponents coughed up possession.” Some believe that Matraville side is the greatest Australian schools side ever – public or private.

My dad played against that team, apparently they were pretty good…
U

MagicMAxM said:
r u saying this because of this height??
Click to expand...

A very good footballer, strong competitor. When I watch him play I think he looks like he could be a world class half back in the mould of the 4th back rower general (if he can pass). I think he would struggle to make it as a back rower beyond school.
T

He would be a good dummy half in league.

AAGPSSUPPORTER said:
Sensible, well written article. The disconnect between the opens (1st XV) and "the rest" of the school is immense.
Some points that reflect/emphasise this:
- Scots open travel on own individual team buses and arrive only in time for there own warmup
- 1st XV sit in the business building (home games) with own masseuse looking down on all the other teams (the soccer teams have to supply own tape and strap themselves)
- Not once in my 6 years have the opens regularly supported the lower age groups (30 players in the 1's and 2's enough for every team in every age group to have one of them run water/kicking tee etc)
- Mr Smith did attend all U13 games last year to watch his son (so it can be fitted in to his schedule if wanted)
- When the 1st XV win, a report will be written, however, when they lose no report written, its NOT only about the 1st XV
Click to expand...

Hi mate just a few words as I know what is happening within the walls of the rugby program.....
- Firstly, the opens do travel on their own buses but often there are other people on the bus or they go in 2 teams, if you could put 2 and 2 together they obviously all play at seperate times so why all go together and sit around from 9am. You should also understand that the 1stxv players get to each away game to clap on the 3rds and do support as much as possible.
- Secondly, as you believe Scot's have a masseuse on game day you would find that is highly incorrect and you really are just as bad as everyone who tells you these ridiculous things, THEY HAVE A PHYSIO JUST LIKE EVERYONE ELSE!!! All sports also get a budget and how they use it is completely up to them so saying soccer has to bring and strap themselves is completely up to the head of the program and i'm still very sure that it is a huge lie that they do that.
-Thirdly, This year the boys had been on the main oval some as early as 8:30am to support other teams, as well as Brian smith often going up to Christianson park where he would watch some lower teams play, The scot's number #8 who is supposedly a grub also attended a few u9/u10 fixtures, While the Scot's #12 who people talk down on went to U12 fixtures and U13 fixtures on multiple occasions without being asked to, ( Rob hart, btw they aren't homegrown scot's boy)
-Lastly, with the reports written that is a thing of time and sometimes they don't get done which I am not saying is right but sometimes it's not largely important.

I would also like to say while slagging off the rugby program and how it's dramatically fallen the boy's in the 1st xv only lost narrowly on 3 occasions and all had been in the last few minutes of the game. With the rugby program also comes the results of the other teams and as a whole program with over 650 students they did very well and should be proud of their efforts, I also thing sometimes people on here should keep their thoughts to themselves as you are sitting anonymously behind a screen and could not do half the things these head of rugby and sports do for the college.

I made a major error last night (too many after game drinks at Jacks Bar) and hence certain people were shortchanged.
There are now two winners only.
One of them pulled a major fluke out his butt to leap frog to the top.

Thank you all who played this season. It was the very first time this has been attempted and I cam sure there are ways to do it better. In the meantime though it did provide everyone with an opportunity to display their tipping prowess.

In 2023 I will ask again if we want to do this. If the answer is "yes" I will announce earlier so the competition can have more participants. By the end we could have had another 30 people playing if they had joined earlier.

Great work Joker. Congratulations and Well done to Joeys. Thanks again for all the Banter and history lessons regarding GPS Rugby.
As always it was a pleasure reading through your posts and your good sense of humour.

Love2Scrum said:
Great work Joker. Congratulations and Well done to Joeys. Thanks again for all the Banter and history lessons regarding GPS Rugby.
As always it was a pleasure reading through your posts and your good sense of humour.

Congratulations as well on your participation too. It has been a great way to engage this season.

Joker said:
Congratulations as well on your participation too. It has been a great way to engage this season.
Click to expand...

Can I just express my appreciation too, Joker. Without you this site would be a lesser site, where trolls could well dominate.Instead, I believe you have set a tone, where professional insight, into GPS Rugby can expressed. I particularly appreciate your initiative to highlight A&B team results. This adds another dimension to this site and ensures, that 1st and 2nd XV Rugby, is not the sole focus of commentary.

So Joker and to you and the other serious contributors, such as "Its not Pink" have a good break, a Merry Xmas and Happy New Year. That includes you Psycho as well. Remember Nuke those Trolls.
V

Thank you Black and White. It has been a long season, but we were not alone in taking on the high standards set by Reg and Cyclopath. As we say at Joeys, "it was a team effort".

Many thanks as well for your insightful commentary from Stanmore. You had some help too this year. I think we had most schools covered here with passionate, articulate supporters. I know we had some youngsters from Scots who "posted" well beyond their years. (Rob and Subbie were happy to have a break) There were CAS fans here because they liked our discourse better. Riverview supporters were quieter than normal and even the year 12 lads did not turn up on mass as usual to annoy us. This year it was Shore and Joeys boys enjoying the chance to push their creative team selections, injury updates and highlight match of the round. Shore supporters were resurgent and it was wonderful to hear from them. Kings supporters were quiet this season here and I hope some Kings supporters get involved in 2023. Of course there were plenty of cerise and blue here but we strive to make this better for all and not make it Jacks 2.0.

And yes, I have had to rein in my usual madness and become the old badger here. Occasionally breaking out the fun, but just trying to get people to get along. Some of the memes and posts I have written, then thought better and deleted, would have really broken the thin ice.

Anyway, our team of number crunchers are seeking results still and we hope to present the championship results.

Well played everybody and three cheers for the ref....

Many thanks View24pems
I though View had beaten New in the 13As, But if their the results, Newington 13As, did very well coming second to Joeys.
In fact the New A Teams, won more they loss.
16As won 3 drew 1 lost 1
15As won 3, lost 2
14As won 3, lost 2
13As won 4, lost 1
Great effort from a school, that has least amount of depth in their age divisions and even worst in their open division. Makes me proud to be a New supporter. As a Rugby school,"We punch above our weight "

Black & White said:
Can I just express my appreciation too, Joker. Without you this site would be a lesser site, where trolls could well dominate. Instead, I believe you have set a tone, where professional insight, into GPS Rugby can expressed. I particularly appreciate your initiative to highlight A&B team results. This adds another dimension to this site and ensures, that 1st and 2nd XV Rugby, is not the sole focus of commentary.

So Joker and to you and the other serious contributors, such as "Its not Pink" have a good break, a Merry Xmas and Happy New Year. That includes you Psycho as well. Remember Nuke those Trolls.
Click to expand...

Thanks B&W and well done on your insightful commentary including great focus on Newington who did very well this year. It is a terrific forum to contribute to, but most of all I enjoy reading the contributions of my colleagues! I hope everyone has a great GPS rugby off season as we look forward to next year and lots of great rugby coming up. 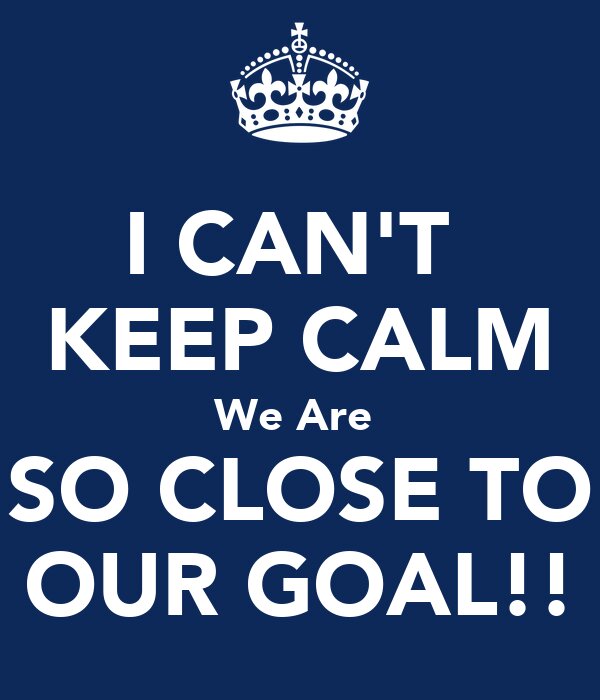 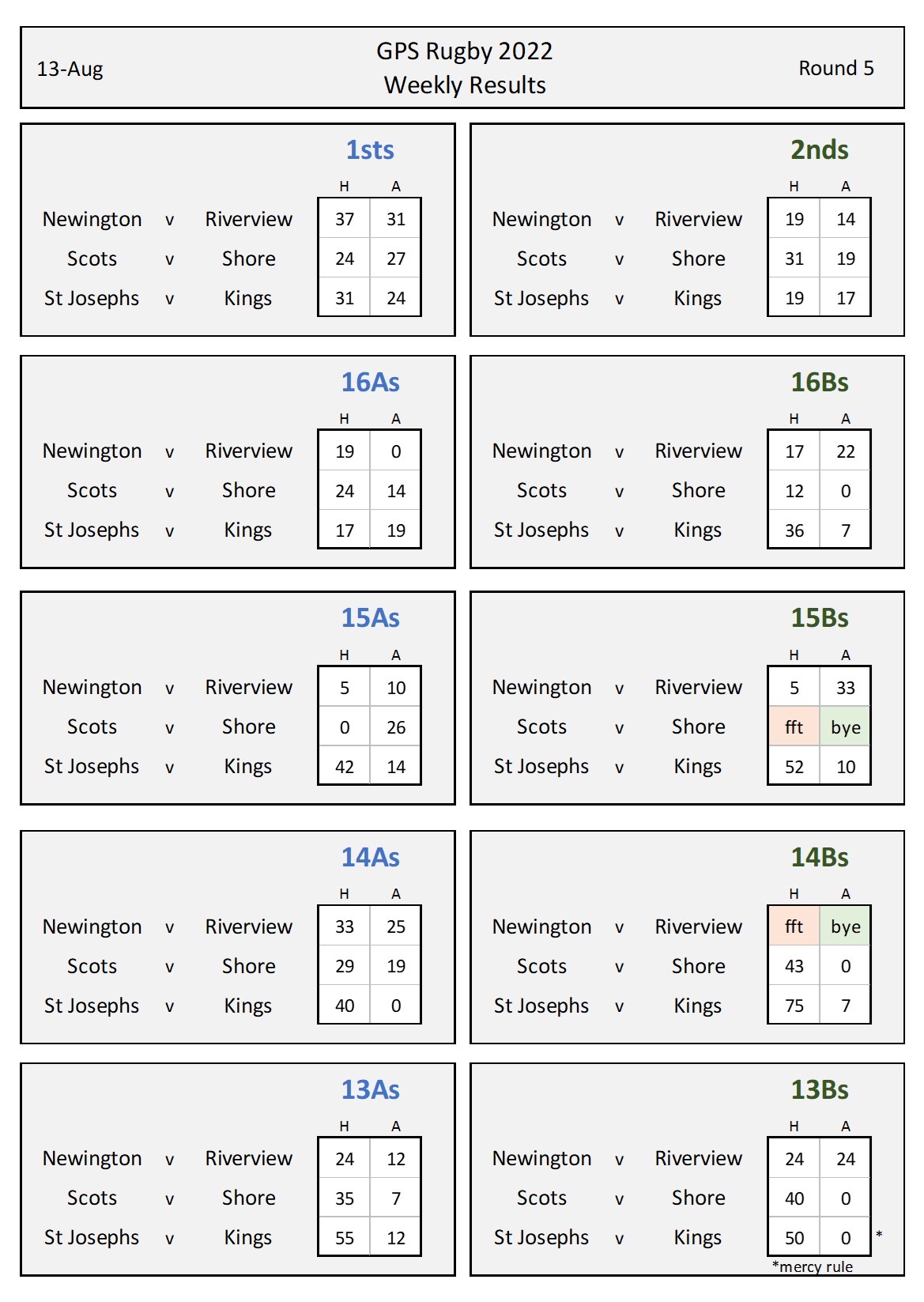 Tomorrow will be PREMIERSHIP TABLES
Thursday is CHAMPIONSHIP TABLE.

wrong on both counts, Macca
V

As a person who saw both games, those are the correct scores