It's wierd that GPS, who are into the Grand Final with Uni, have just the one player (Taulima) in the squad.
Brothers have 8, Wests have 6, UQ have 5 etc.

It's probably one of their strength as well though - fewer squad players means less disruption throughout the season. They've also got guys like Gicquel, Straker and Tuttle who are right on that super rugby squad cusp.

It'll be interesting to see how some of their squad come on in the next few years. Aubrey is obviously a talent in colts, but I also think Emosi Tuqiri has heaps of potential. He may also have spent some time with the Rebels now that I think about it.

Both UQ and GPS have been lucky enough to have little change to their lineups over the season, think that has more to do with their success than the number of Reds' players.

McDermott hasn't played at all this year. Nasser has been injured since Rd 8 and ASY (Angus Scott-Young) played about three games before heading over to NZ to play.

RugbyReg said:
Vunivalu at Broncos in 22 rumours have started.
Click to expand...

Smart by ARU and QRU if they can get out of that one for free. His signing wasn't under the moneyball philosophy, which they have to play by.

Second longest serving coach after Connelly who coached from 1989 - 2000.
If he makes it.

If he coaches until 2023 He will be tied for 6 seasons with 3 other coaches (Lawton, Warwick & Speckman)

Staff member
Should have known better.

“You want to be super careful about throwing out anything around that sort of stuff,” he said.

“The Australian rugby public they want to see actions, not talk. There’s sometimes been frustrations over the years about the talk. Let’s see the actions and do the talking after.

I love it. The bloke knows what he is doing.

Following the completion of the Queensland Premier Rugby Finals Series and as part of the QRU’s strategy to identify and develop emerging Rugby talent in Queensland, the seven Reds Academy members will join the Queensland Reds training program on a part-time basis.

Reds General Manager – Professional Rugby Sam Cordingley said: "This is an extremely talented group of young men who have worked hard for their opportunity.

“They all have very diverse backgrounds in terms of how they entered our pathway which is really a credit to the entire Academy program for the work they continue to do in identifying talent for the Queensland Reds.

“The Reds Academy is recognised one of the best in the country but we have higher aspirations. We pride ourselves on delivering a clear plan for our developing players.

“There’s no doubt we’ll see some of these players in a Reds jersey in the coming years but it is in their best interests not to be rushed into a fulltime environment.”

“All seven have impressed as they’ve progressed through the Queensland Rugby pathway, and we’re excited to see them take their opportunity to train with the Super Rugby squad.

“We’ve seen the likes of Josh Flook, Mac Grealy, Kalani Thomas and Zane Nonggorr make the jump to professional Rugby with the Reds over the last two years and hopefully some of these players can do the same in the future.”

Born in Newcastle, Taj Annan moved to Queensland when he was 14 to accept a scholarship with Brisbane Boys College (BBC) and has since made the most of the opportunity.

The powerfully built utility back guided BBC’s 1st XV Rugby side to their first GPS Premiership since 1954 last year. He captained the 1st XI cricket team to a premiership in 2020 as well to become the first student in the school’s history to win GPS cricket and Rugby titles in the same year.

George Blake and Wilson Blyth both excelled at schoolboy level and were a part of the Southport School’s (TSS) 1st XV Premiership side in 2019, with Blyth as vice-captain behind skipper and Queensland Reds prop Zane Nonggorr.

The Gold Coast pair haven’t ventured far from school and are now packing down together at ‘The Canal’ for Bond University in the Allsports Physiotherapy Hospital Challenge Cup.

Blyth will form a sibling secondrow combo with older brother Angus at Ballymore, while Blake is set to again link-up with his school and club frontrow partner Nonggorr.

Recognised as the school’s official most improved player last year, the barnstorming loosehead prop has transformed himself physically as he continues to dominate the GPS competition during his final year of high school in 2021.

In addition to his school Rugby, Patu has also impressed for the Burleigh Bears in the Queensland Rugby League U18s competition – the Mal Meninga Cup – but has chosen to stick with Rugby and develop his game within the Reds program despite being pursued by the rival football code.

Also knocking back rugby league offers after fielding plenty of interest from the NRL is elusive fullback Floyd Aubrey.

The teenager moved from his hometown of Murgon, north-west of Brisbane, to board at Marist College Ashgrove where he soon lit up the 1stXV competition as one of the hottest talents of the AIC schoolboy rugby system.

Named the Marist Sportsman of the Year in 2020, Aubrey has taken his skills to club Rugby, leading GPS to the Colts 1 Premiership in his first season at the club.

Already a formidable backrow pairing for the Bulldogs at Sylvan Road, Tauakipulu and Faifua’s combination dates back to their teenage years where they not only played Rugby together but also lived together in New Zealand.

The pair played alongside each other for Auckland East U16s (which Tauakipulu captained), Auckland Blues U17s and then at high school together where they represented the 1st XV and 2nd XV teams for renowned Rugby nursery Saint Kentigern College.

Following standout schoolboy performances, all seven pathway products have gone on to earn selection for their state and/or country at U18s or U20s level.

Annan, Aubrey and Patu were all named in this year’s Queensland U18s squad before their scheduled interstate matches against New South Wales were cancelled in June due to the recent COVID-19 outbreak.

With multiple states under lockdown and uncertainty around border controls, COVID also saw the postponement of the 2021 Oceania Rugby U20s Championship where Blake, Blyth, Faifua and Tauakipulu were all named in the Junior Wallabies squad alongside capped Queensland Reds players Mac Grealy, Kalani Thomas, Josh Flook and Zane Nonggorr.

Captained by Flook with fellow Reds Thomas and Nonggorr in the team, Tauakipulu and Blake were also a part of the successful Australian Schools & U18s side who defeated their Kiwi counterparts for the first time in seven years on their Tour of New Zealand in 2019. 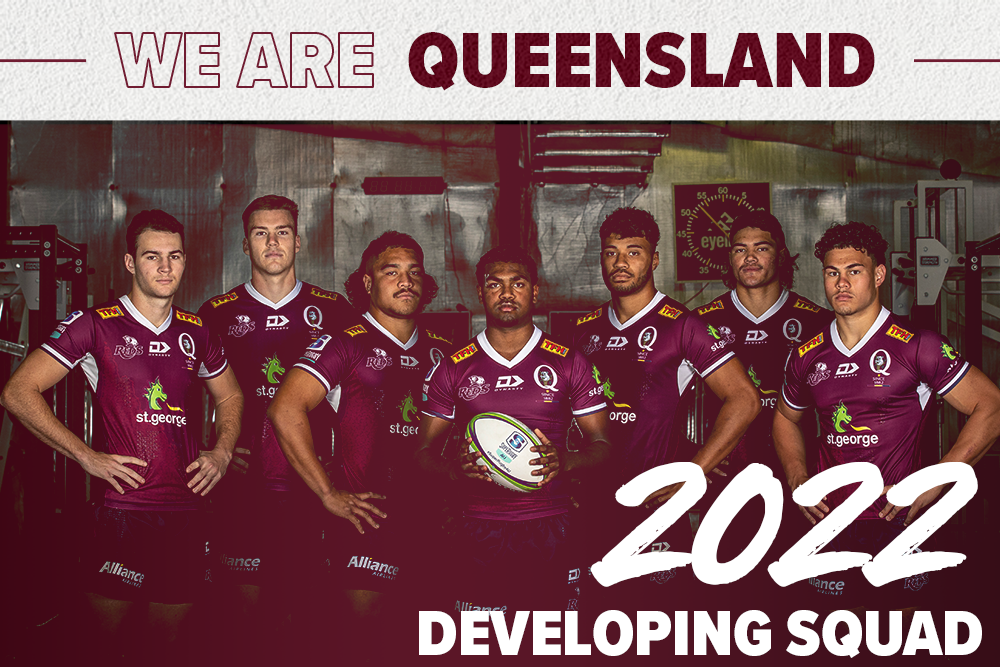 Edit: Reg beats me by a whisker