^ only issue I have with 11. Rieko 14. Reece is that neither has a long kicking game. So for mine Jordan needs to start (& would've last night but for that not quite right hammy) & Rieko gets the 11/13 role.

Edit: can't help but notice that whereas you had my good self in the No. 8 mix you clearly don't rate my abilities as a wing/ centre/ fullback utility. DISAPPOINTING, that.

Dismal Pillock said:
wonder if Rieko and Reece will get extended runs on the wings now.

my current wing rankings would be:

1 Rieko
2 W.Jordan: so what if he fluffs the odd defensive read; he's a goddamn try-scoring machine
3 Reece
4 Rayasi
5 Big Leicester


Yep think Reiko is getting back to top of pile on wing, but seems he still fancies himself a 13. Think I am ahppy with Jordan on wing (or even the bench player), although to honest he starting to get a lot of injuries and that worries me a bit, could be one of those players who never quite shows us what he got.
Mind you it probably a good reason to use him as starter, you don't want him coming off bench getting an injury and having no replacement.

Well you maybe right WOB, when you said Weber has bought a new house in Hamilton, he has resigned with NZR and Chiefs until end of 2023.

F*** me Crusaders have signed Te Toira Tahuriorangi for 2022? Geez they not taking any chances of no depth are they? Already got Drummond and Hall, so add another 3 test AB to squad.

So the Altrad All Blacks , NZR has apparently got a 6 year deal with Altrad, so we wit to hear what it's worth now I suppose. I guessing with ABs, MAB, Black Ferns and 7s I guessing it a couple of $s!

Well according to the Herald (which I always take with huge dose of scepticsim it is supposed to be pretty big. Seems to me to be a bit high, 6-8 mill or whatever the Ineos del is worth would make this $40 mill, and I find that pretty high.

The All Blacks have agreed to put the name Altrad on the front of their jerseys from 2022, a deal that will push their total kit sponsorship to over $50 million a year.

The French building supplies company which also sponsors the French national team and owns Montpellier Herault Rugby Club has seen off competition from major Japanese corporations as well as Amazon to secure the naming rights to rugby's most coveted real estate.

Altrad will replace AIG as the All Blacks' front of jersey sponsor once the existing deal with the US insurance group expires at the end of this year.

As revealed by the Herald in June, UK-based petrochemical company Ineos have agreed a separate deal to put their name on the back of the All Blacks' shorts from next year and the combined value of those two agreements is understood to be more than $50m a year.

This makes the All Blacks playing kit the most valuable uniform in world rugby.

It is believed that the agreement with Altrad is the most expensive jersey sponsorship in rugby history, worth about 50 per cent more than England's recently renewed agreement with telecommunications company O2.'
'

Seems Altrad beat out Amazon for the jersey sponsorship. Had heard a while back that Amazon were talking to NZR, seems Altrad came in with more coin. Seems they want 4 games played at Montpelier home game between 2022 and 2026. I think they want 1 All Black game, and 1 MAB,Black Ferns, and AB's b team (if reports are correct of course). Also some coaching help etc.

If Beaudy's going to casually spray all his fucken penalty shots all to shit he's going to find his precious tenured arse back riding the pine watching Mounga doing the business in the 10 jersey.

Dismal Pillock said:
If Beaudy's going to casually spray all his fucken penalty shots all to shit he's going to find his precious tenured arse back riding the pine watching Mounga doing the business in the 10 jersey.
Click to expand...

I think you may find that the kickers struggle with adidas ball a bit no kickers went well, and if I recall it was same in TT for all the kickers. They all (and RMo) really struggled licking on Aus. Don't know why!
In saying that I thought BB went pretty ok, still would start with RMo, but pretty happy if this is our back up 10 standard.

Can you believe that biased, bilious FUCKTARD Steve Hansen selected George Whitelock at #8 ahead of Akira.

That is a drafting Sam Bowie ahead of Michael Jordan level of dumb.

Dismal Pillock said:
Can you believe that biased, bilious FUCKTARD Steve Hansen selected George Whitelock at #8 ahead of Akira.

That is a drafting Sam Bowie ahead of Michael Jordan level of dumb.
Click to expand...

can you believe that Leon MacDonald picked Sotutu and Robinson ahead of him for Blues?
Perhaps Auckland mob are going to have to become Fozzie fans?

Serious though was interested to hear Fozzie say when asked how well he went, "we have spent the time telling Akira what he CAN do, not what he can't do"! Something is certainly clicking for him!

Interesting while watching Breakdown and the naming of their best ever AB team. Christian Cullen was named at 15 and rightfully so, but just made me realise that the old saying 'familiarity breed contempt' is actually true up to a point. Now Cullen was a breathtaking fullback and I no probs with him being voted the greatest etc, but I never watched him and thought he was that great (and he was), because he was the young fella from Paekakariki that I used to see a bit and have the odd things to do with when I was on JAB in the mighty Nua. Made me think, Carlos was always just that kid from around the corner who used to be playing on Sat mornings and I thought copying a lot of tricks from another kid a couple of years older from same school, and so as he came through it was probably harder to think hell he's a world class player, like you do with people you don't actually know.
Last edited: Sep 7, 2021

All Blacks and Highlanders loose forward Shannon Frizell has had criminal charges against him dropped after an alleged assault at a nightclub. The 27-year-old’s case was called before Judge Peter Rollo in the Dunedin District Court on Tuesday morning. Frizell was not present as his appearance in court was excused.

Frizell had faced two charges of male assaults female and another of common assault after allegedly assaulting two people, a man and a woman, at Dunedin bar Vault 21 in May. Frizell, a first time offender, did not enter a plea at his first appearance on July 27 with his lawyer Anne Stevens QC confirming he had been offered diversion by police. On Tuesday morning, police said Frizell had completed diversion and the charges were dismissed.
Click to expand... 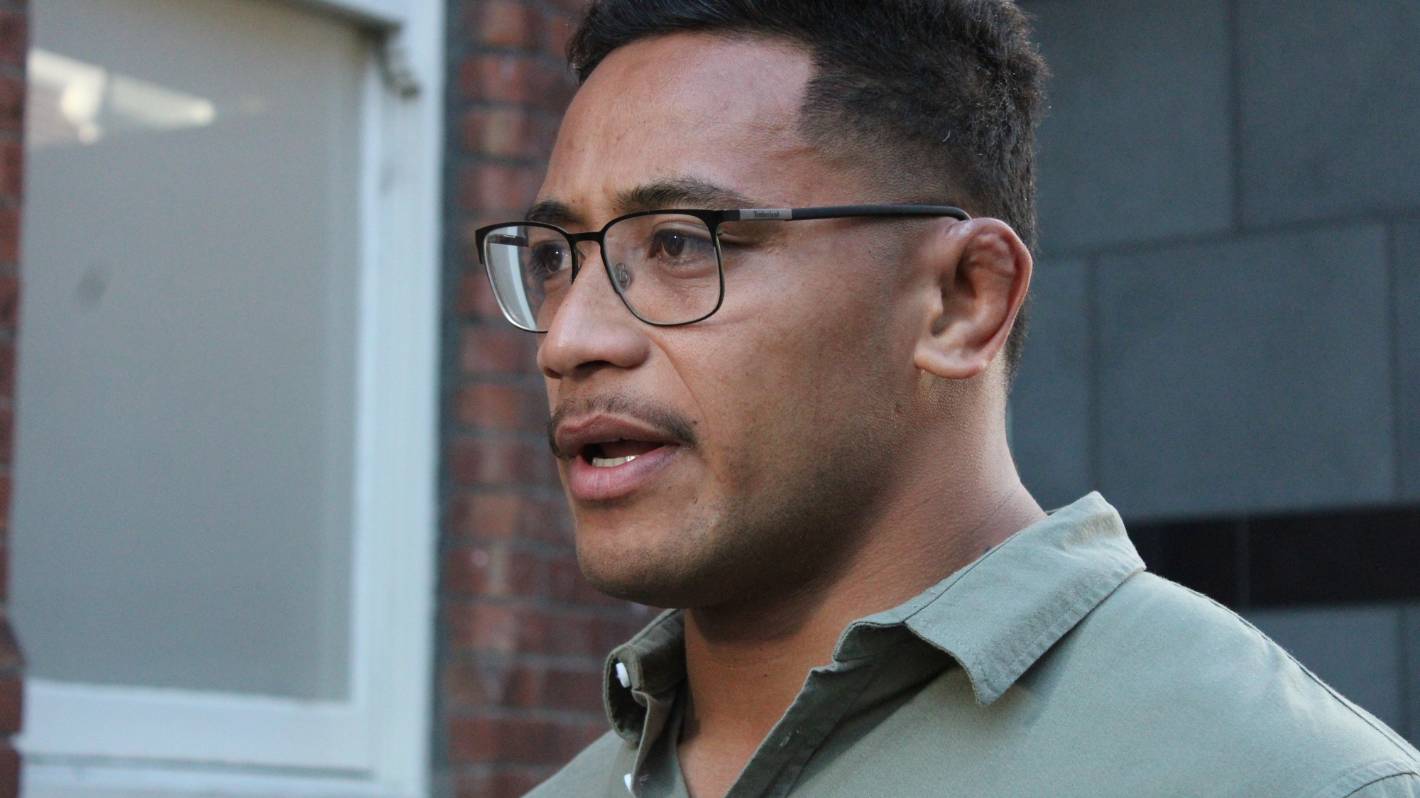 All Black Shannon Frizell has had criminal charges against him dropped after completing diversion in relation to an alleged assault.

From a pure All Black rugby perspective it seems all rather moot to me as SR-Tarzan-test-rugby-Jane is now properly surplus to requirements. Akira is the starting blindside and each of Jacobson, Papali'i, Blackadder, Grace and Robinson are viable alternatives at test level.

Let him plod away at the Highlanders before buggering off overseas in the hopefully-not-too-distant future.

Seems all 74,500 tickets for AB/Welsh test have been sold out already. Still 6 weeks away.

Foster yesterday confirmed that Cane, SamW, Coles & Frizzell will link up with the rest of the squad in Washington DC ahead of the USA match.

Whatever one thinks of Foster you have to say he's building some good quality depth in positions that were considered problematic not so long ago: hooker, six & midfield.

Coles will be 37 in 2023 & I'm not sure he'll even be still playing but if he is I think he'll be the injury insurance. By then Codie will be at the same career stage as Coles is now (hopefully minus the injury issues) & even he may struggle to get game time if Samisoni, Aumua & Eklund continue on their current trajectories.

We now have two proven Test-ready sixes in Akira & Blackadder & possibly a third in Grace (we should find out one way or the other this EOYT). At this point I think we can safely move Frizell & Squire into the injury insurance column as well & not even think about playing ScoBar there again except in an extreme situation, nor converting Vaa'i into a six.

Quinn Tupaea has come a long way in a short time & you can no longer say he's just holding Goodhue's place. I can see him becoming a long-term, best-XV player as early as next year if he stays injury-free & gets given the opportunities. Probably at the expense of Ennor.

Problem areas for me remain lock (Vaa'i is a potential great imo, ScoBar & PatT are serviceable but really need to be playing either/ or alongside SamW or Lurch, not together/ instead of) & 5/8: there's some talented kids around but they're kids, 2023 may be a RWC cycle too soon for many of them. If DMac is still considered our third-best 5/8 in two years time I think we've got a major problem. Really need at least one of the younger guys to have a breakout SRP & demand inclusion in the 2022 EOYT squad if not sooner.

Agree with most of it WOB, though I still think DMac will be our 3rd 10 as they won't carry more than 2 to WC. Agree about 6, I really believe this coaching mob have got more out of Akira than Rangi etc has done at Blues ditto Reiko. I really liking the depth and still see PPP coming into partner either Sco Barrett or Vai'i.

All Blacks looking extremely ominous, to be fair.

Seems Silver Lake deal is getting closer. Silver Lake can buy only 7.5 percent for $300mill, instead of 12.2 for $387mill. Decided brand is now worth $4billion instead of $3.1billion (thats a big increase). NZRPA is apparently on board and seems maybe there will be someway for NZers to invest either as part of Silver Lake or maybe part of the other 5% that could be sold? Intersting anyway.

RebelYell said:
All Blacks looking extremely ominous, to be fair.
Click to expand...

Nepo: FAIL. Owned.
Taylor: FAIL. shower raped innumerable times by Bongo
Moody: FAIL. Owned.
Brodie: FAIL. Lineout emasculation c/o Bruno.
Scrote Barrett: FAIL. Not a test lock. Or a test 6. Or anything.
Akira: FAIL. fluffed his lines 2 weeks in a row now. He should be physically abusing pygmies like "Kwagga Smith" ffs.
Ardie: Pass. Cannot believe he's the captain though. WFT.
Jacobsen: FAIL. was completely overwhelmed. Where the fuck was he? In tight? Ranging wide? Just nothing and nowhere.
Paper Tiger Pat: MASSIVE FAIL. Subs on for impact and immediately starts walking like a rickety old man. How can such an enormous human be such a tentative defender?
Ofa: FAIL. Comes on for impact and plays like..... Paper Tiger Pat.
Blackadder: Pass. Came on and slogged his guts out as usual, bailed us out on D a couple of times as the front rowers stood around like fucken Easter Island statues.
You must log in or register to reply here.
Share:
Facebook Twitter Reddit WhatsApp Email Share Link
Top